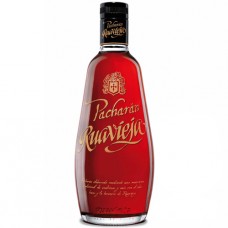 Pacharan by Ruavieja, a liqueur made from the blackthorn or sloe berries that grow wild in Navarra (a region in the north of Spain), is now a very popular liqueur all over Spain. The berries of the blackthorn or sloe bush (called ‘Endrinas’ in Spanish), are the size and shape of a small plum, black-blue with a purple-blue waxy bloom and are harvested in autumn. The finished liqueur is a reddish colour and is approximately 25 degrees alcohol.

Although Pacharan gained in popularity in the last century, it is a very old drink, dating back to the Middle Ages. As of 1988 it has a Denomination of Origin. According to the website of the Regulating Council for the Denomination Pacharan (Consejo Regulador de Denominacion, Pacharán Navarro), the liqueur was served at royal weddings in Navarra as early as the 14th century, and was recognized for its medicinal properties by Blanca de Navarra, a queen of Navarra in the Middle Ages.

Drink well chilled, on its own or with ice. 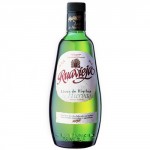 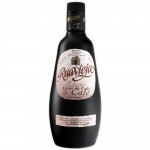 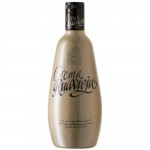